A Bite of Granola Bar History

A granola bar can be the perfect snack companion for those who are “on-the-go.” Whether that is due to a busy family schedule, business travel or seeking out a new adventure, granola bars can give a much needed energy boost. But how did granola bars come into existence? Are they called by the same name worldwide? Let’s bite into some tasty facts about our favorite bar.

Who Invented The Granola Bar? 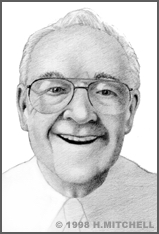 There is some debate on who invented the granola bar. According to TheNibble.com, Stanley Mason (creator of over 100 inventions, ranging from a squeezable ketchup bottle to dental floss dispensers) is credited with inventing the granola bar in the 1970s. Stanley made a compact form out of loose granola by pressing it to create a bar. This claim is disputed by Henry Kimball, who has a copy of a letter he allegedly sent in 1975 to an organization called the Idea Marketplace describing his granola bar invention. Either way, we sure are happy the idea became reality!

Does a Granola Bar Go By a Different Name?

The granola bar goes by many names outside of the US. Across the pond, the bar is known as a “flapjack” in the United Kingdom and Ireland. It is called a “muesli bar” or “cereal bar” down under in Australia and New Zealand. Whatever title you use, Golden Girl Granola owner Deborah O’Kelly thinks making chewy granola bars is the way to go:

“I love the taste and texture of the chewy bars. We used to make Honey Bunches that we formed in mini muffin tins. We thought bars would be easier to hold and to eat. The bunches had all the same ingredients, except for the flour. We used to use all-purpose white flour with the bunches, but we now use brown rice flour in our granola bars because it doesn’t contain gluten.” 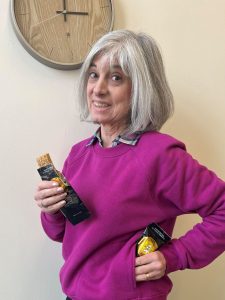 With National Granola Bar Day happening this week, we are offering a free sample of our chewy Honey granola bars with your online order. Whole-grain oats, wildflower honey, and coconut combine to make a bar packed with flavor. So give our granola bar a try and let us know if it’s beyond delicious!