If you’ve been to Concord, Massachusetts and are a tennis or swimming enthusiast, you’ve probably heard of The Thoreau Club. They are hosting an international professional women’s tennis tournament, an event that hasn’t been seen in the Greater-Boston area for over 14 years! The Thoreau Tennis Open starts August 12th and will be broadcast on The Tennis Channel. There is free admission to all of the early rounds, making this event a great opportunity to introduce tennis to kids and see it played at a high level.

“Our daughters grew up at the Thoreau Club! We joined when they were two and four. In the summers they swam almost every day, and they started learning to play tennis when they could hold the racket.” says Deborah O’Kelly, owner of Golden Girl Granola. “Before long, tennis at Thoreau became a year-round social event; and as they grew older they joined the tennis team. Now as adults, swimming and tennis are still their favorite sports; and the Thoreau Club days are among their favorite childhood memories.” 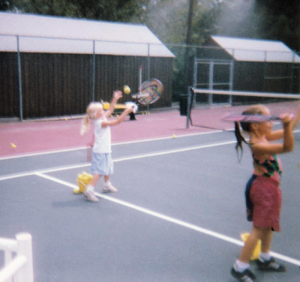 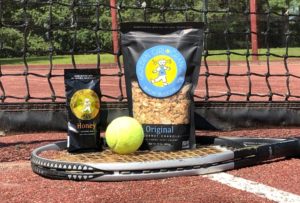 “When the opportunity to sponsor this tennis open came up, I was all in. We are thrilled to offer Golden Girl Granola for this event!”

We can’t wait to see this fun family event in person! As a sponsor, we plan on serving free snack pack samples of New England’s best granola from our booth Monday, August 12th through Friday, August 16th. Free entry and free samples, now that’s a Beyond Delicious way to spend a summer day!